Jung’s genius was too far in advance of his times–the Katzenjammer Kids are not really the cosmic archetype of humanity that Jung held them to be.

Today we know that the KJ Kidz are just archetypes of happy-go-lucky people too young to know that they will grow up to fight for Hitler.

Jung’s other big mistake was that Hedy Lamarr was not that hot.

Then again, maybe Jung was on to something…

But Jung’s basic idea has regained credibility as we develop better archetypes and as we learn the algebra by which these archetypes can be combined to provide more accurate and dynamic psychological representations. Politics, and our “political personality,” being a caricature of reality (a really bad one), are especially reducible to a few fundamental archetypes: 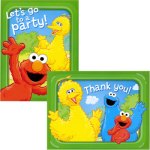 Moderates:  You might think they would be even more complicated than liberals, but they too can be summarized in just one TV show:  Seinfeld. “Good luck with all that in 2012!”