Trump not only beat Bush and Cruz in New Hampshire, he schlanged them. He reamed them–so much so that he has now changed his views on gay marriage. Again.

Speaking of which, are Huma and Hillary in love? I see a lot of love there. And certainly Anthony Wiener and Bill Clinton could drive any woman to try lesbianism. Melania Trump would be crazy not to try it–she could have a bigger pick of ladies than her husband had when he picked her out of an ass line-up.

Is Carson on drugs? People don’t zip down to Florida for clothes.

Speaking of clothes, is America ready for a nudist president? Probably not, but I’m sure Lady Godiva could win a few state and local elections. Especially if she were pro-gun and pro-Bible. “Prison-glow” might even help her.

Since prisoners can’t vote they should have their own elections to choose a President of Incarcerated America. If democracy and citizenship is so darn good and important, why not make it part of prison “rehabilitation?” It can’t be any worse than the existing gang-ocracy. It would give new meaning the phrase “term limits.”

By knee-capping Rubio and then stepping aside, Chris Christie has successfully completed his campaign to become the next Republican Attorney General. Lindsay Graham was equally successful in his bid to become Secretary of State or Defense. Ditto Carly and Commerce.

Peace between Russia and Ukraine could be achieved if Donald Trump was appointed ambassador to his buddy Putin and Melania Trump was ambassador to her native Ukraine. And if war did break out, you would know in advance as soon as Trump filed for another divorce.

Meanwhile, Democrats are faced with the difficult choice between a Clinton-Sanders ticket or a Sanders-Clinton ticket. That’s a tough one. It could go either way.

In the debate last night, Clinton was excellent and Sanders was very good. Meaning Sanders won. Life is so unfair.

Is Carson on drugs? I guess I am since I just repeated myself, but then by that logic Marco Rubio is on three times as much drugs as me. Must be a Florida thing.

But seriously, didn’t Carson’s face look really puffy and rough during that debate where he could not hear his name being announced? Remember Rush Limbaugh’s “deafness?” Another Florida boy gone bad.

Medgar Evers:  I prefer civil rights activists who don’t get assassinated. And he did nothing for veterans–nothing!

Jesus:  Call me Muslim or Jewish but I prefer messiahs who don’t get crucified.

King Arthur:  Was a loser! For England’s sake I truly hope he was not “the once-and-future king.”

Nathan Hale:  I prefer patriots and spies who don’t get caught and hanged. My only regret is that he gave his life for our country–I’d rather he gave us information on the enemy like he was supposed to.

Donald Trump:  You want heroic? I held onto my Facebook stock back when every so-called “expert” said it was overvalued. Now I’m even more rich, very rich.

Quit bringing all these Russian Jews to my chess matches.

Do not bring any Hindus or Pakis to my spelling bees.

No more fat people at my bowling tournaments.

Never show up at my softball games with a lesbian.

Asians are strictly forbidden from my ping-pong and badminton tournaments. I don’t care if you’re related to them.

If I sponsor a drinking contest at my house, you had better not show up with a fucking Mick.

No more white people at my swim meets and boat regattas. I don’t care if I’m related to them.

No more short dudes at my horse races.

Basically, show up alone and dependent on me or don’t show up at all.

Now that we know Europeans and Asians have some Neanderthal DNA it is definitely time to revise our opinions of Neanderthals and start portraying them as smart. No bias. What bias?

Historians need to dig up Columbus’ bones and test to see if he had any gay DNA:

Mystery: those were some long-ass voyages.

Mystery: he could have been a weaver like his father and been surrounded by Italian women aggrieved by the mistress system, but no, he wanted to be alone with sailors and cabin boys far from home. Far from whorehouses even.

Mystery: Columbus had a dark secret he wouldn’t even tell his sons, but perhaps it was a secret we might think of today as more rainbow-bright than dark.

It’s debatable whether there is true homosexuality in the animal kingdom but we know that plants are very gay. As much male pollen ends up on other male plants as on female plants.

And they’re huge Onanists, casting most of their pollen on the ground.

Plants were the first creatures to whore themselves out to other species, flaunting big round hot-colored fruits and flowers for anyone to just come and poke around in. All for sex and a cheap ride.

And plants love gerbils. As a general rule, the bigger the plant, the more they like gerbils. They call it “aerating the soil”–digging tunnels in the dirt and tickling their tap roots. But a lot of rodents die in those tunnels so it’s not funny. 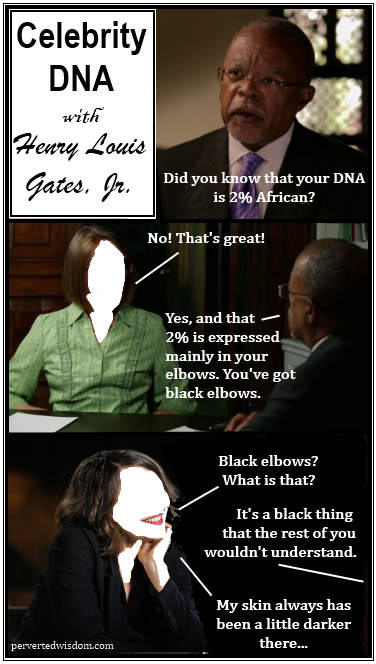 Walk is symbolized by the White Man.
Don’t walk is symbolized by the Colored Field Hand.
When you have the White Man, you can make forward progress.
But when you have the colored field hand, all progress must be halted.
You must stand there and hang out on the street corner like something an “ethnic” “urban” type of person might do for fun.
Or you can cheat and walk anyway! Those are the choices for the Colored Field Hand–stagnation or cheating.
But with the White Man, the streets of the wealthiest city in the world are yours!